We’ve all had one. Maybe they aren’t as common today, but if you ask any old-timer about their bosses from back-in-the-day they will tell you stories of crazy demands, yelling, threats, cursing, flying objects and various other psychotic behaviors. We don’t see these extremes much anymore, as most managers would rather not be hauled off to the pokey for assault.  But the underlying attitudes that caused crazy-boss-syndrome still exist. As the old business saying goes, “People don’t quit a job, they quit a manager.” Here are a few crazy-boss types you’ve likely encountered if you’ve been in the workforce any number of years.

The Contender: These managers fear that someone else might be better at their job than they are. They are always competing for attention, and are unlikely to recognize anyone else’s achievements or give credit where it’s due. They are insecure in their own role or abilities and aren’t likely to spend their energy helping others learn and grow because they view all others – whether colleagues or direct reports – as the competition.

The Narcissist: These managers are “looking out for number one” and couldn’t care less about anyone else. They demand results, but neglect to appreciate the people who are so desperately trying to meet those goals; or worse, will try to achieve results through threats and intimidation. They fear failure, hate to look bad, and will throw you under the bus if put on the spot. Don’t expect any help or support from them, because they can’t see past their own reflection.

The Dominator: These are the bullies of the world who like to feel powerful and are always looking for a way to flex their muscles and lord over others. These managers love titles and enjoy being feared. They demand excellence and are quick to rebuke when standards are not met, but very slow to hand out any kind of praise.

If you’ve ever worked for a dominator, I’m sure you remember it well. I remember one such individual from what seems like a lifetime ago. We’ll call him Agent X. His favorite hobby was peacocking his way through the area where we all worked, and saying something – anything – to make us all wonder if we were on the verge of getting fired. His reasoning: “We gotta keep ’em on their toes,” and “We can’t let ’em get too comfortable!” Agent X also instructed all supervisors to never give anyone an “excellent” rating on their performance evaluations, even if they were in fact performing over and above. In his opinion an “excellent” rating would cause people to slack off because there was no room to improve. There are a plethora of examples of his lacking leadership skills, but I for now I’ll mention just one more. Every now and then he would suddenly make several people switch departments, throwing them into positions that they were neither proficient nor interested in. Poor man really had things backwards. He enjoyed feeling powerful, keeping people on edge, stirring things up.

What do these types all have in common? They lack any interest in developing others. Their focus is inward (self) and/or upward (advancement).

You might wonder how these crazy bosses end up where they are in the first place. How can someone who so obviously lacks in people skills end up in management? Let me explain. You see, at some point in time, someone promoted Agent X because maybe he was good at his job, or had been there for a certain amount of time, without any regard as to whether he would be good at managing other people. The one thing that should have been at the top of the list when considering him, wasn’t. And so after a lifetime of promotions based on tenure, he ended up near the top, with the power and authority to effectively torture those below him in the chain of command.

It always amazes me that companies continue to throw people into management positions based solely on either tenure or their ability to perform certain tasks. They fail to realize that just because someone is good at their job doesn’t mean they are going to be good at managing others. “But they earned it!” you might be saying. Well sure. And they should get it. But not without equipping them with the tools necessary to be successful in their new role plus clear direction as to what will be expected of them. Effectively managing others requires more than just a title or pay raise. It requires leadership skills.

So what does a good leader look like? Here are a few notable characteristics:

Some of these traits come naturally to people, and others may take a little (or a lot of) direction. The point is, no one should be expected to be good at managing others unless they have either been observed to naturally exhibit these leadership behaviors, or they have been trained in these leadership behaviors and understand what is expected of them. Set your people up for success. Invest in developing leaders, not just managers. Train and equip them to be effective. And show by example what kind of culture you are trying to create in your organization.

Let the era of crazy bosses be done.

Do you have a crazy boss story of your own? Share it in the comments!

Whatever your goals, there is one sure-fire way to get your team on board with making it happen: Invest in their development!

“But,” you say, “they might take what we teach them and leave!” Maybe. They are free to do as they please and may leave you regardless of what you do or how well you treat them, but it comes down to this: People are more likely to stay where they feel they are valued. Here are just a couple of ways you can do this:

You know the direction you want things to go, what kind of culture you’re trying to create, what you expect from your team. Show them. Don’t just tell them, lead by example. If you want your team leaders to be approachable, be approachable. If you want others to value your opinion, value theirs. If you want your employees or volunteers to be friendly, helpful, and upbeat – then be all those things! When your people finally figure out who you are and what you are about, they will respond in kind. If you are the type of leader who cares about your people, your people will care about you and will give you their best.

Share your vision. Let them know you are in this together. Maybe you’re thinking, “But it’s MY company, so why should they care what my vision is?” Simply put, if your people haven’t bought into your vision, they have no real reason to invest their time and energy into it. They will simply go through the motions and it will never be anything more than a job. On the other hand, if you share your vision with them, and let them develop ownership in the process, they will invest their time and energy with gusto! An ounce of enthusiasm goes a long way, so get excited about where you are headed!

Help others meet their potential. Your goal should be to develop other leaders, so don’t limit them! Show them you care about them personally, not just in words, but in actions. Provide opportunities for personal growth; training to develop new skills, or fine-tune existing skills; chances to use their new skills; and offer support by mentoring them personally or providing one to them.

Let people do what they’re good at, to whatever extent is possible. If you have a secretary who is a graphics genius, find a new secretary. Then move this hidden gem somewhere they can put those talents to use. Otherwise, you will find they’ve moved on to another organization who realizes what they’ve got to offer. 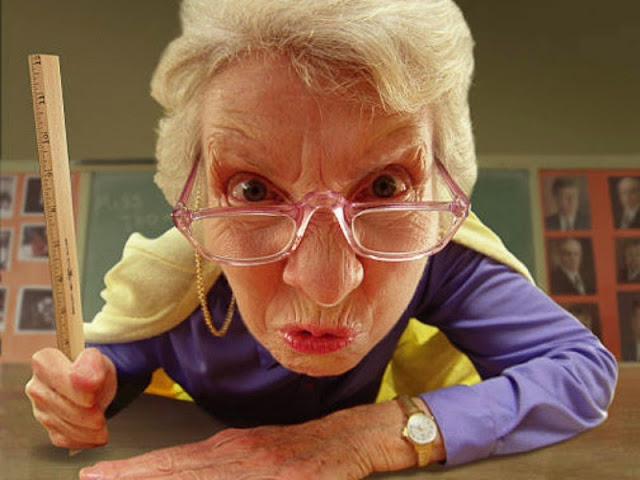 From our stories, our experiences, comes everything that makes us us. It is easy to relate to ourselves. After all, we know us better than anyone, right? The more difficult task is relating to others on their level, based on their experience, with regard to their feelings, thoughts and goals. As a teacher, trainer, or even just a participant in this thing called “life” it is imperative that we understand that every individual has a unique story, much of which is unwritten. We will have the honor of contributing part of that story and can, if we so choose, write some really good stuff. Allow me to share some of the “stuff” that teachers have contributed to my story…
The best teacher I ever had was Stanley Henderson, my college algebra teacher at a local college. He started out the semester talking with us about math anxiety, how real it was, and how we could get past it. It was like he was reading my mind. I mean the struggle was real, folks. I would break out in hives anytime I saw a number in close proximity to a letter. Ok, maybe not literally, but close. I not only completed his course, but managed to pull out an “A”. Stunning really.

My worst teacher was my high school calculus teacher. We’ll call her Ms. Sunshine. Yes, I made an attempt of calculus my senior year, which is likely responsible for my math allergies. I dared to ask Ms. Sunshine for help my first week of class. If I remember right, it was something to do with a co-sign or someone throwing a tangent. As I approached her desk a few minutes before class started and kneeled next to her majesty with my book opened to the page in question, I could detect the look of annoyance on her face but I dared to speak anyway. I told her I really didn’t understand the problem. She closed my book for me (isn’t that sweet?) and loudly informed me (and the rest of the class… and I think the next town over) that if I couldn’t understand something in the first week, then I would just be wasting her time and I needed to move on so she could get back to teaching. Now don’t get me wrong, she may have saved my life. I really can’t even explain why I was going to take her class. However, the experience left me a bit distrustful of teachers, and with an aversion to math.
Encouragement can go a very long way when dealing with just about anyone. By the same token a little discouragement can block the path of individual growth and put a proverbial wrench in the works of potential. You can see at a glance by the size of the two paragraphs above which made the bigger impact on my life. I firmly believe that correction should be tempered with a double-dose of encouragement. In other words, for every one thing you find wrong, point out two that you find right.
Professor Henderson brought out the best in me. He offered encouragement and a solution. Ms. Sunshine, on the other hand, offered me my head on a platter with a side of humiliation. I chose at some point in my life to be an encourager of people; to try to bring out the best in them like Professor Henderson did for me. Perhaps these two experiences, and others like them, shaped the way I deal with others and gave me insight that can only be gained from personal experience. In that regard, none of it has been wasted and so I am thankful even for the Ms. Sunshine’s in my life.